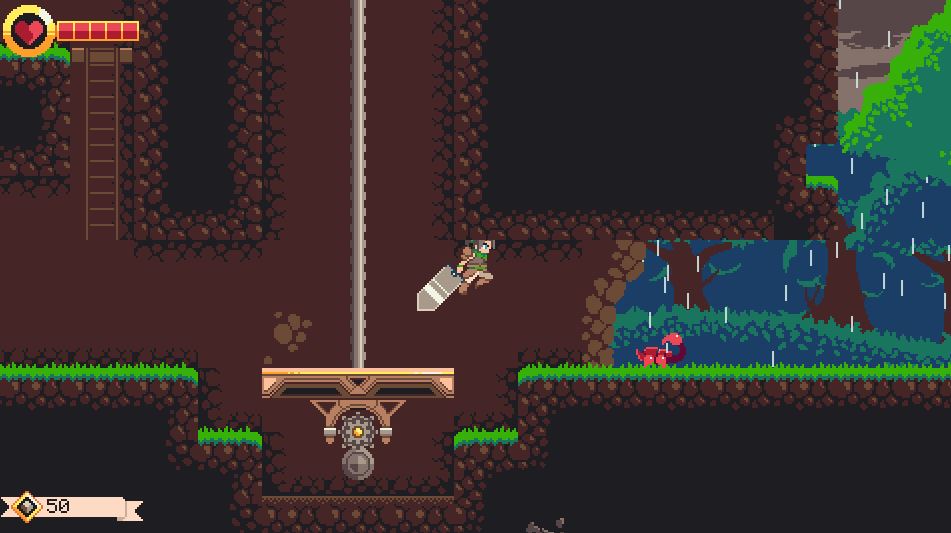 GigaSword is an action-puzzle metroidvania in which you wield a huge sword that weighs you down. By sticking the sword in the ground, you're able to jump higher, but you become unable to attack. Many of the puzzles revolve around sticking the sword into interactive objects that transport it around the room to areas you wouldn't have been able to reach while holding it. With cataclysm on the horizon, it's up to you to ascend the ancient tower and recover the God Crystal, Gnosis.