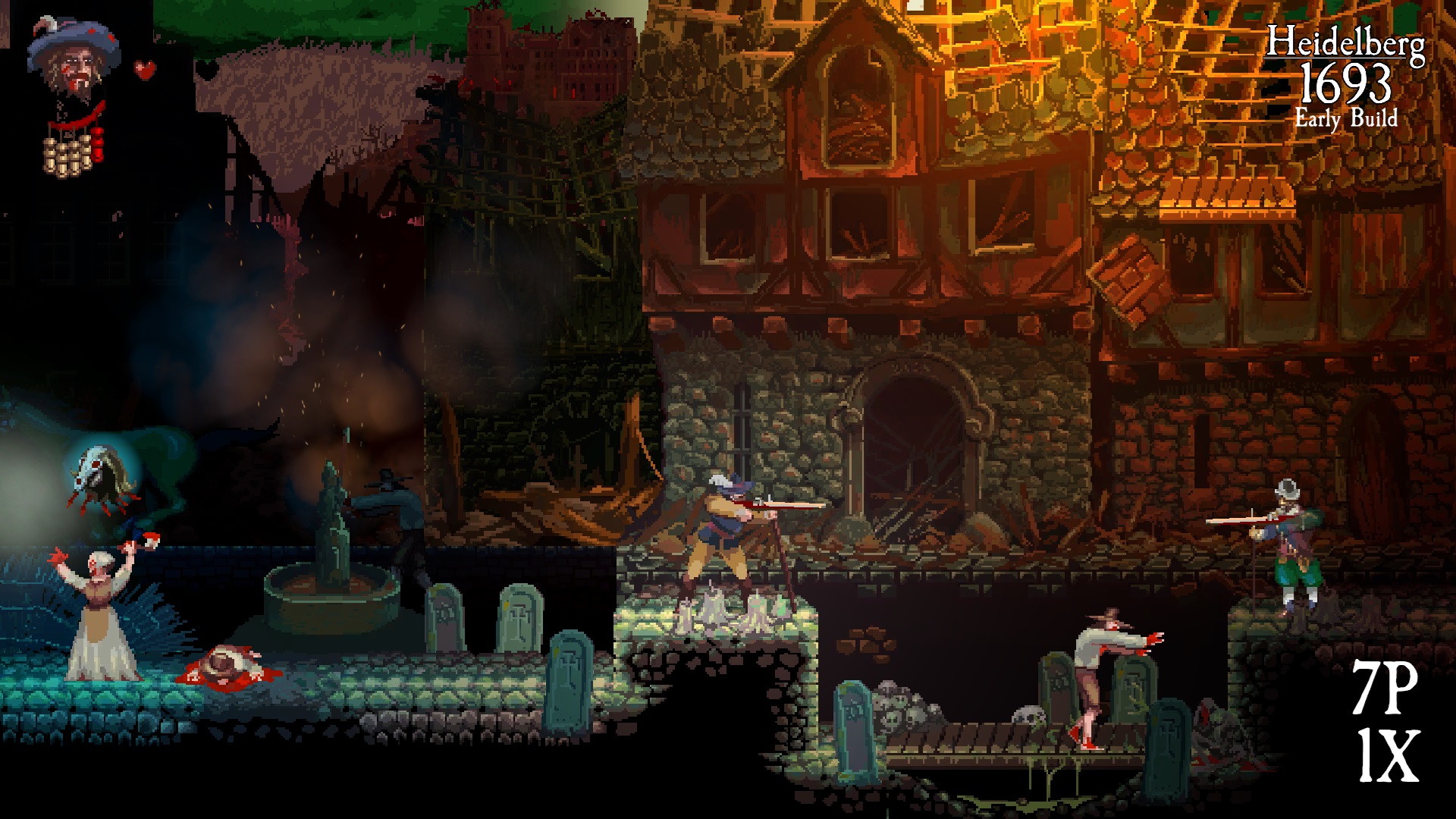 As a musketeer you are ordered to terminate the “moonking” – a thought to be illegitimate relative of Louis XIV of France, known by his nickname “the Sun King” because his empire was so large that somewhere within its boundaries the sun was literally always shining. Your job is to locate and kill the moonking, because he has gone rogue and strives after the throne of Louis by the help of a common interest in those times: dark science. So you have to battle your way through herds of undead, ghouls and Monsters.