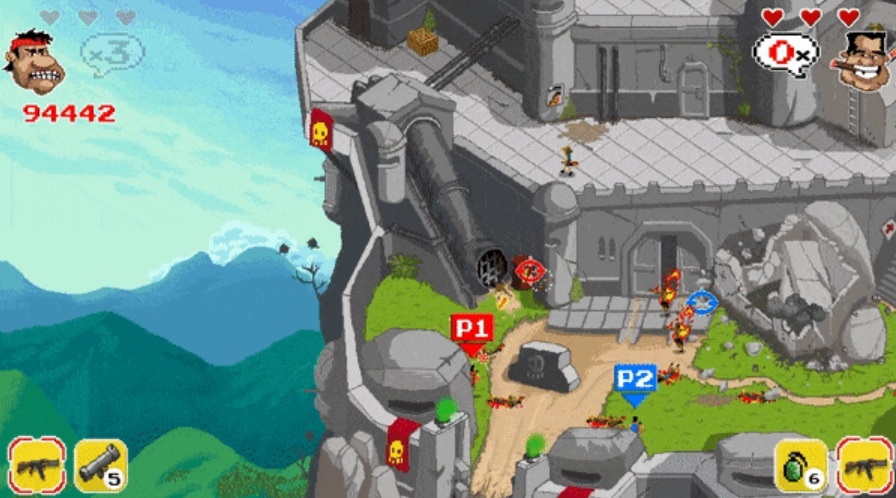 John Mambo is an action video game with pixel art aesthetics based on the era of the arcade machines and 16-bit consoles of the 90's, but taking advantage of modern control mechanics and graphics engines. The game is inspired by retro classics like Ikari Warriors, Commando, Mercs and Cannon Fodder.

Meet John Mambo, a one man army, crazy enough to embark on a dangerous mission in the heart of a jungle all by himself... or with his co-op partner! Explore various landscapes, infiltrate enemy bases, cross cities occupied by the enemy and more!