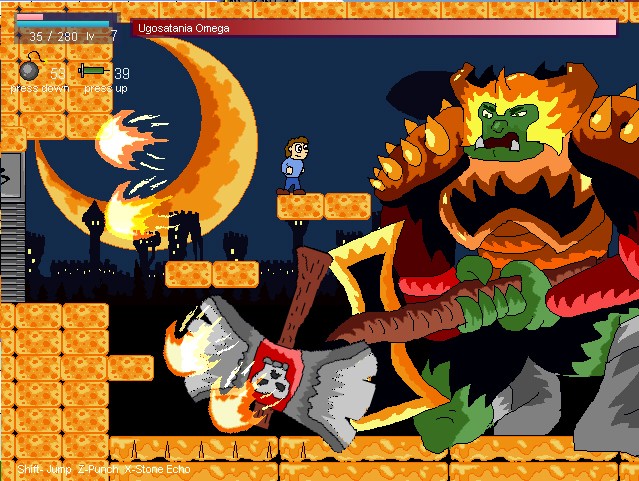 It's seems that your old childhood friend Josh has been holding a grudge against you for quite some time now. It has something to do with the fact that you pummeled him in video games as a child! Well now he's back for revenge! After crashing your picnic with some of your closest friends, not only has he created evil clones of them and you but he's always designed several twisted worlds designed after classic and torturous video games!