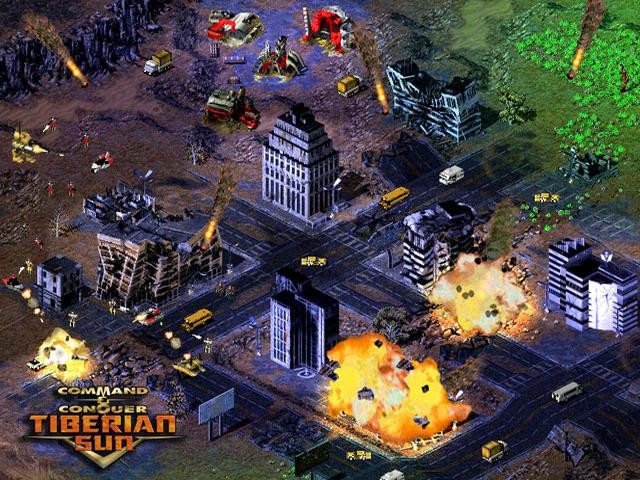 THE BATTLE FOR THE FUTURE HAS BEGUN!

Set in the early 21st century, Tiberian Sun once again pits the Global Defense Initiative against the Brotherhood of Nod in a struggle for control of the planet. With an epic storyline that unfolds as play progresses, players learn the reasons behind the worldwide outbreak of Tiberium and what happened to the notorious Nod leader Kane, who was presumed dead at the end of the first Command & Conquer.

KANE IS DEAD. A NEW ENEMY HAS EMERGED.

It's time to head up the Firestorm task force. Nod's experiments have unknowingly released a horde of cybernetic nightmares upon the world. As GDI and Nod scramble to save themselves, they realize their only salvation lies in the unthinkable.

Read installation instructions HERE to be able run the game!!!