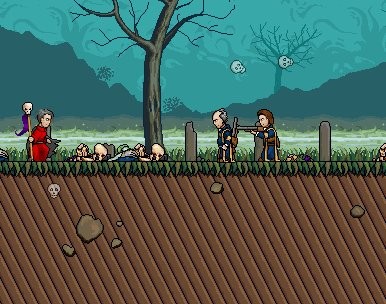 The Spirit Engine is a freeware side scrolling RPG adventure game.

On a tiny island in a far-flung corner of a small world not unlike ours, an unfortunate mine worker buries his pickaxe in his last outcrop of rock between himself and the resting place of a timeless magical creature, awakening it rather earlier than his employers had intended in a terrible explosion of heat and light.

Fleeing the clutches of those seeking it, the creature summons three individuals with great potential to its aid. Great potential, but rather few of the heroic traits required to rise to their epic task.